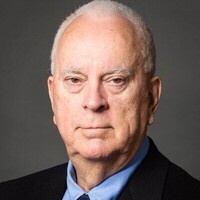 Carl Henry Thomas, Jr. of Kemp, Texas, passed away at his home on January 9, 2022 after a two year battle of pancreatic cancer.

Carl was born on June 12, 1944 to Carl and Frances Thomas in Sulphur Springs, Texas. During his youth, he was an avid baseball player, often winning all-around titles. He was also known as the “fastest tricycle rider” on Shelly Street in Oak Cliff, Texas. Carl was often a “featured” guest rider of his Uncle Sam and Aunt Margie Davis at parades held at the Mesquite Rodeo, built on the Diamond D Ranch owned by the Davis family.

It was during his service in Vietnam that Carl met the love of his life, Susan Harmel, after responding to an article she posted in the Stars and Stripes. He and Susan were pen pals for six months, often exchanging photographs and personal interests. When they finally met, they dated for two weeks and were married on August 17, 1967 in Richardson, Texas.

Shortly after graduating with a degree in Criminal Justice from Abilene Christian University, Carl read an article in a local newspaper stating that the “Dallas County Sheriff’s Department needed a Marine at the Helm” and decided it was his calling. After rigorous campaigning organized by his family, Carl was elected Sheriff of Dallas County, Texas in 1976.  As a man with strong moral and religious convictions, he commenced a jail ministry where prisoners were often baptized and attended bible classes. A progressive Sheriff, he was the first in the nation to institute a jail classification system and computerized the entire department.

Utilizing his law enforcement and military background, Carl founded Thomas Protective Service, Inc. in 1981.  Together, husband and wife grew the company to a competitive small business with a reputation of service excellence.

Carl enjoyed the simple things in life, often spending time raising cattle and riding horses. He truly loved his family and enjoyed watching all of his children and grandchildren participate in their extracurricular activities.  In his later years, he would spend time on the golf course with various family members and friends. He has been an active member of the Landmark Church of Christ for the last fifteen years.

His kindness and generosity will be remembered by all those who had the pleasure of knowing him.

To order memorial trees or send flowers to the family in memory of Carl Henry Thomas, Jr., please visit our flower store.