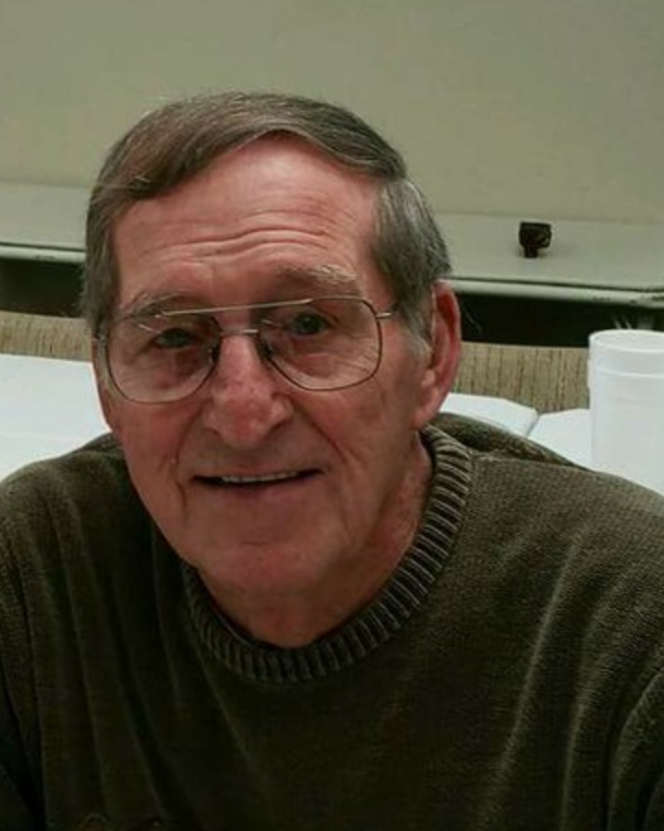 After graduating high school, Pat joined his brothers in California where he worked at Owens Corning in San Jose for a couple of years.

Pat then joined the Army serving as a cook stationed in Nancy, France during the Korean War era. After 2 years in the Army, Pat returned to Oklahoma where he attended Southeastern A&M in Wilburton. On May 14, 1957, he married the love of his life, Sherry Monroe, in Wilburton and they spent 65 wonderful years together.

Pat and Sherry made their first home in San Jose, California where their family grew to include 5 children.  It was during this time, Pat worked at Container Corporation of America where he learned his paper making skills. After 10 happy years, they moved the family to Seagoville, TX in 1966 to be closer to grandparents.

Pat worked as a machinist at LTV until he met Jones Felvey, owner of Corrugated Services.  Pat was hired on the spot to help open a new paper mill in Forney, Tx. where he worked until he retired in 1996.   In their retirement years, Pat and Sherry enjoyed traveling with family and friends.

Pat began boxing during second grade and won the state championship as a Golden Glove Boxer during high school.  Always the athlete, Pat enjoyed other sports including motor cycle racing, hunting, water and snow skiing, bowling and softball. Pat was instrumental in helping found the Seagoville Sports Association where he coached baseball, football and track to include a Womens softball team, The Libs, AKA the Lips. He could also beat anybody in dominoes and card games.

Pat enjoyed church, happiest when his family helped feed the multitudes.  He was a beloved Husband, Father and Grandfather.

To order memorial trees or send flowers to the family in memory of Billy Pat Koleszar, please visit our flower store.