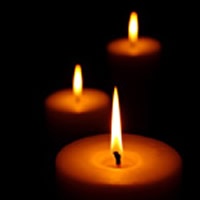 He is preceded in death by his father Lewis H. and his mother Thelma Mae Hill, his son Billy “Pole” Hill Jr., his brother Lewis “Junior” Hill and his sister Sonda Rushing.

Born in Dennison, Texas on July 28, 1936, he has been a lifelong Texas resident spending much of his time in Houston, Dallas, and finally settling in Terrell, Texas where he lived for 43 years.

He went by many names: Daddy, Granddaddy, Sonny Boy, Red, Hook ‘em up, and some that we’ll just keep to ourselves.

In his early years he found the love of his life, Alice and they married young at 18 and 16 years of age and started their family right away while also raising several of his siblings at the same time. He and his wife additionally went on to raise several other children through their lifetime.

Mr. Hill was always a hard worker.  He started as a young boy working in the grocery business and worked in several other industries, including the optical business.  In the 60’s he started his long-term career as a diesel mechanic for Hunsaker Trucking until he retired in 2007.  He was also very proud of his standing as a lifetime member as a Master Mason.

Mr. Hill was a character…some would say larger than life in many ways.  He could tell a story unlike any other, some even too unbelievable to be true…only to find out that they really were.  He definitely lived a FULL life and did it his way 100% of the time.  He enjoyed much of his early days being the roller skating “king” and going out dancing.  He always enjoyed time spent with horses and loved going on trail rides in the mountains with friends and family.  His favorite thing to do in his later years was to sit outside under the family tree enjoying music, drinks, the weather and his family just being together.  Let’s not forget…he was THE BIGGEST Dallas Cowboys fan we knew.  On any given Dallas Cowboys game day, you could find him in his chair cheering or cursing them with a cold one nearby.

His celebration of life schedule is as follows:

To order memorial trees or send flowers to the family in memory of Billy Edward Hill Sr., please visit our flower store.