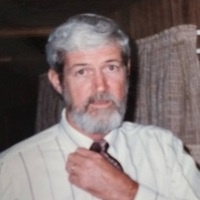 Billy Loyd Collins, 73, of Kaufman, TX went to be with the Lord on March 8, 2021. Billy was born on September 3, 1947 to Billy, Sr. and Cora Collins in DeQueen, AR. Billy was a Vietnam veteran of the Navy where he earned multiple medals including two purple hearts and his Squadron 4 received a Medal for Bravery and Heroism. He was a member of the American Legion. Billy played football for the Arkansas State Red Wolfes and graduated from Arkansas State University and became a P.E. in the field of electrical engineering. What he was most proud of was his family. Billy is preceded in death by his parents Billy, Sr. and Cora Collins; and sons Brian Smith and Kelly Smith. He is survived by his wife Janice C. Collins, Son Jeffrey Collins, daughters Gina Smith and Carrie Ross-Hobbs, grand children Brian Jr. and wife Caity and Steven Smith and wife Taylor, Chris Ross and Taylor Hobbs, and nine great grand children and his sister Fran Edwards who will miss him dearly.

To order memorial trees or send flowers to the family in memory of Billy Loyd Collins, Jr., please visit our flower store.