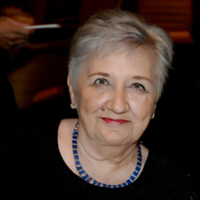 Alice Jean Brooks, 67, of Kaufman, TX passed away on October 23, 2019 in Dallas, TX.  Alice was born on January 31, 1952 to Louis Junior Kirk and Barbara Gene Baldree in Lindsay, CA.  Born in California, she was raised in Texas and moved to Kaufman in 2001.  Alice married Robert Andrew Brooks, known lovingly as Bobby, on January 20, 1969 in Dallas, TX.  She worked for A&F storage for more than 20 years, in Irving, TX.  Alice loved to travel and sometimes gamble; she had a gypsy soul. She may have grown old, but she never grew up.  She loved to laugh, and had a wonderful sense of humor, she may have flashed you a smile, or showed you a boob, you just never knew what to expect. Alice was generous beyond measure. If you were homeless, she would house you. If you were broke, she would give you her last buck. If you were hungry, she would feed you. But, if you were thirsty, and valued your life, you had better not touch her last Dr. Pepper. Alice was great at listening to the problems of others. She made you feel like she could keep a secret. Because of that, everyone felt comfortable sharing their gossip with her. If she had gossip, or rumors, about you, you can rest assured she did not take that to her grave. In those special moments, when she might share said gossip,  she would start by saying "Hey, don't tell anybody, it's a secret”, but she told that to everyone.

Her time with her family was her most precious and she was a loving mother and grandmother. Her husband Robert, father Louis, brother Marvin, sister Cherrie, 2 grandchildren and 1 great grandchild precede her in death.  Those left to cherish her memory are her children: Pam Hodges, and husband Wayne of Rockford, IL,  Stephanie Faunce and husband Jim of Terrell, TX, Andy Brooks and wife Jackie of Mesquite, TX, Wendy Lewis and husband Mike of Ft. Worth, TX, Audey Lynn Brooks of Kaufman, TX, Paul Brooks and wife Lauren of Wylie, TX and youngest child, and best friend Tonya Brooks and husband Roger of Kaufman County, TX; brother Doyle Kirk and wife Cynthia of Arlington, TX; sisters: Wanda Johnson and husband Gerald of Marlow, OK, Tammy Hunter and husband Tony of Kaufman, TX and Rita Carol Baldree of Kemp, TX; 15 grandchildren, 14 great grandchildren (possibly a few more, pending DNA tests, LOL), numerous nieces, nephews, extended family and friends, and last, but not least, 'Wife in-law', Patricia Singer, AKA "Patty Puss", who will all miss her dearly.

For those who plan to attend the services to celebrate the colorful life of Alice Brooks, please be mindful that we are CELEBRATING, not mourning, the life of Alice Jean Brooks. The services start at 9:00am with a visitation and then the funeral followed by the interment at Kaufman Cemetery.  We will be experiencing road closures and delays during the 9am - 10am hour due to a community parade Saturday Morning; please arrive earlier than you planned to allowing time to work through the traffic and to possibly avoid any road blocks.

To order memorial trees or send flowers to the family in memory of Alice Jean Brooks, please visit our flower store.