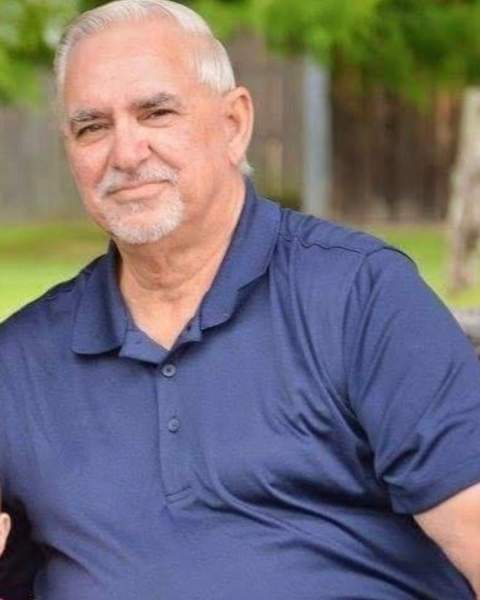 Albert Lee Norris, 77, of Kaufman, TX went to be with the Lord on August 17, 2022.  Al was born on November 29, 1944, to Albert Paul and Ruby Aline Norris in Beebe, AR.  He worked for the Santa Fe Railroad for 26 years and then at Baylor Dallas as a Security Guard.  Al married Glada Norris on April 4, 1981, in Duncanville, TX and they have been together for a loving 42 years.  He enjoyed woodworking with his hands and building different things, mowing his yard, and, in his earlier years, horses.  In his recent years, he would watch old westerns like GunSmoke, and classic shows like Leave it to Beaver.  Al’s most precious time was spent with his family.  You can catch him at the Kaufman Lions Friday night games or watching his grandchildren playing sports.  He loved his family very much, they were his whole world.  Preceding him in death are his parents, Albert and Ruby, and his sister, Geneva Cunningham and her husband Bobby, and his brothers Carl Joel Norris (Sunny), and James Norris.  Those left to cherish his memory are wife Glada, his daughter, Paula Griffis and her husband Wade, and his son, Joel Norris; his three grandchildren, Cloe Griffis, Carson Griffis and Colten Griffis; his sister, Paulette Murrah and her husband Don, sister-in-law Mary Ruth Norris, numerous nieces, nephews, extended family and friends who will miss him dearly.

To order memorial trees or send flowers to the family in memory of Albert Lee Norris, please visit our flower store.