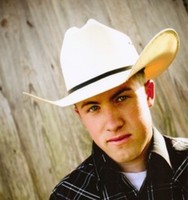 CHRISTOPHER SHAYNE BUTLER Christopher Shayne Butler was born in Terrell, Texas on February 25, 1990 to Trevor Shayne Butler and Cynthia Ann Boyd. Christopher passed away in Kaufman County, Texas on May 4, 2014. Christopher was raised in Kaufman and lived all his life here. He graduated from Kaufman High School in 2009 where he played the Tuba in the school band. Christopher worked for Equify Auctions in Canton, Texas. He was a member of the Country Bible Church of Kaufman. On December 13, 2010 Christopher married Hope Todd at The Barn in Kaufman. Christopher is survived by his wife: Hope of Kaufman, son: Cameron Lee Butler of Kaufman, mother: Cynthia Cooper of Mobile, Alabama, father: Trevor Butler of Canton, sisters: Kaylin Butler of Kaufman, Miranda Abernathy of Dallas and Casey Lowery of Mobile, Alabama, grandparents: Linda Sims of Kaufman, Terry Butler of Mabank and Robert Linder of Seven Points and many other relatives and friends.
To order memorial trees or send flowers to the family in memory of Christopher Shayne Butler, please visit our flower store.