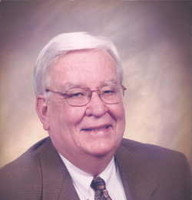 MAHON DANIEL COLLINS Mahon Daniel Collins was born May 28, 1934 in Dallas to Marvin and Bessie Daniels Collins. Dan passed away at his home in Scurry on Nov. 12, 2014. Dan graduated from Pleasant Grove High School in Dallas. Dan then served in the U. S. Army. Dan graduated from ETSU in Commerce with a Bachelor's degree in 1965 and a Master's degree in 1968. He started teaching at Richland College in 1970 and then retired in 2000. He moved to Scurry in 1987 and was a member of the First Baptist Church of Kaufman. On March 1, 1958 Dan married Noreen McLoda in Chicago, Illinois. He is survived by his wife: Noreen of Scurry, sons: Jon Daniel Collins and his wife Karin of Crandall, Brent Lee Collins and his wife Jean Ann of Princeton and Grant Marvin Collins and his wife Kelly of Sunnyvale, sister: Betty Joyce Tadlock of Dallas, grandchildren: Kyle Dalton Collins, Colt Austin Collins, Madeline Kate Collins and Justin Grant Collins.
To order memorial trees or send flowers to the family in memory of Mahon Daniel Collins, please visit our flower store.