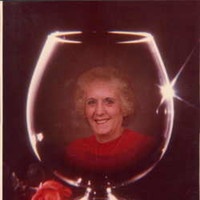 MARGARET ROSETTA IRBY Margaret Rosetta Irby was born in Dallas, Texas on April 18, 1929 to Charles Edward Lebel and Ouida Conn Mask. Margaret passed away in Van Zandt County, Texas on March 12, 2015. Margaret was raised in Dallas, Texas and later moved to the Warsaw Community in Kaufman County, Texas in 1951, where she was a beloved member of the Warsaw community for the past sixty years. She was a member of the Methodist Church in Crandall, Texas. Margaret married Ben Watson Irby in Dallas, Texas and he preceded her in death. Margaret is survived by her sons: Brance Irby and his wife Gayle of Canton and Johnny Irby and Susan Waldrip of Streetman, sisters: Berta Blalock of Tyler, Wanda Willard of Winnsboro and Mary Dutton of Santa Fe, Texas, grandchildren: Brance Irby Jr., Britney Wade, Jeanna Irby, Johnna Irby, Joshua Sorrells and Savannah Ashton, five great-grandchildren and many other relatives and friends. The family has requested in lieu of flowers that donations be made in memory of Margaret to the Warsaw Community Center.
To order memorial trees or send flowers to the family in memory of Margaret Rosetta Irby, please visit our flower store.