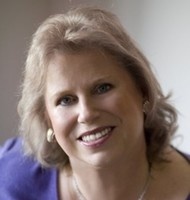 WILLA MARIE SMITH Willa Marie Smith was born in Houston, Texas on September 11, 1953 to George Washington Alford II and Eva Petty. Willa passed away in a Dallas, Texas hospital on April 3, 2015. Willa was raised in the Pleasant Grove Community in Dallas and thirty years ago she moved to Kaufman, Texas. She worked for Pepsi in Dallas for eighteen years and later went to work for the city of Balch Springs, Texas for eighteen years. Willa attended the Kaufman County Christian Center in Kaufman. She is survived by her son: Ricky Smith II of Terrell and a daughter: Sheila Michelle Smith of Kaufman, grandchildren: Colton Smith, Morgan Smith, Bryan Alford and Blayke Alford and many other relatives and friends.
To order memorial trees or send flowers to the family in memory of Willa Marie Smith, please visit our flower store.