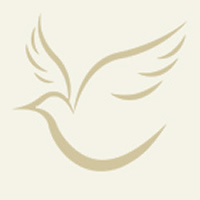 James Carrol Calhoun was born on September 15, 1942 in Santo, Texas to James and Delphia Calhoun. James passed away at his home in Kaufman, Texas on June 22, 2015 at the age of 72. James was known to his family and those that knew him as a wheeler dealer. He had a love for horses; James was a real true cowboy. James even spent part of his life as a rodeo clown protecting cowboys. James also proudly served in the United States Armed forces and was a member of the Ranger Springs Skinners. James is survived by his Sons; James Brian Calhoun of Terrell, TX, Brent Edward Calhoun and wife Holly of Wylie, TX. Brothers; William Calhoun of Kaufman, TX, Charles Calhoun of Kaufman, TX. Sister; Shirley Pate of Farmington, NM. Sister-in-law; Pam Calhoun of Payne Springs, TX. Grandchildren; Erin Jewel Calhoun, James Travis Calhoun, Ryleigh Kate Calhoun, Brittaney Lee Ann Ward, William Joseph Ward. Services for James will be at Parker-Ashworth Funeral Home at 11:00am Thursday June 25. Internment is to follow at Radar Cemetery.
To order memorial trees or send flowers to the family in memory of James Carrol Calhoun, please visit our flower store.