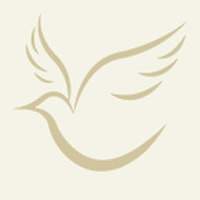 DIANNE CASE Mary Dianne Case was born in Dallas, Texas on January 19, 1949 to Hubert Burns and Hazel Eloise Saniford. Dianne passed away in a Kaufman, Texas hospital on July 16, 2015. She was raised in Quitman and then moved back to Dallas where she lived the most of her life. Later Dianne moved to Scurry, Texas in 1981 where she attended Victory Church in Scurry. She loved yard sales and Wahoo. Dianne married William Andy Case in Dallas, Texas in 1972 and he preceded her in death in 1998. Dianne is survived by her son: Steve Willett and his wife Felecia of Henderson, Texas, daughters: Morrisa Rowe and her husband Terry of Scurry, Texas , Kimberley Case of Scurry, Texas and Shana Burns of Dallas, Texas, her best friend for over forty-five years, Holman Pergeson of Scurry, Texas, grandchildren: Steven Davis, India Willett, Ethan Willett, Kristian Killingsworth, Elizabeth Willett, Victoria Merrifield and Emily Merrifield, great-granddaughter: Raelyon Cooper and many other relatives and friends.
To order memorial trees or send flowers to the family in memory of Dianne Case, please visit our flower store.