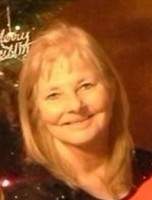 KIMBERLY LISA McGEE Kimberly Lisa McGee passed away in a Plano, Texas hospital on August 5, 2015. Kim was born in Euless, Texas on January 12, 1960 to William Coleman Price and Katherine Adele Powell. Kim was raised in Euless and then moved to Cumby she also had lived in Combine and Crandall. She graduated from East Texas State University with a degree in Education. Kim worked for Freeman Decorations and retired in 2008. She started working for Falcon Steel in Kaufman in 2009. Kim married Jimmy Dean McGee in Brashear, Texas on January 28, 1995 and Jimmy passed away on July 2, 2015. Kim is survived by her sons: Bo McGee and his wife Ashley of Hugh Springs and Josh McGee and his wife Kayla of Forney, daughters: Brittani Guerra and her husband Steve of Mount Pleasant and Haley McGee and her friends of hometown, Crandall. Grandchildren: Steven Paul Guerra, Rylee McGee, Tucker McGee, Rheanne Guerra, Harmony Guerra and Cash Jackson and many other relatives and friends.
To order memorial trees or send flowers to the family in memory of Kimberly Lisa McGee, please visit our flower store.