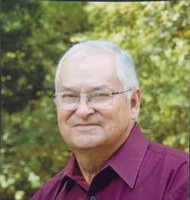 ROSS DWAIN MARLAR Ross Dwain Marlar was born in Cumby, Texas on April 9, 1936 to Ross and Vivian Marlar. Ross passed away in a Dallas hospital on October 13, 2015. He was raised in Cumby and Dallas. Ross served in the U. S. Army for four years. After, the service Ross owned and operated a sheet metal company in Dallas and later moved it to the Warsaw area in 1969. Ross was a member of the Mount Olive Missionary Baptist Church in Scurry. One of his favorite's hobbies was woodworking. On, November 7, 1956 Ross married Sylvia Jane Ackles in Dallas and she preceded Ross in death on May 14, 2007. Ross is survived by his son: Phillip Marlar and his wife Teresa of Scurry and his daughter: Tina Marlar also of Scurry, grandsons: Ross Taylor Marlar and his wife Jackie and Tanner Charles Marlar, great granddaughter: Felicity Claire Marlar and many other relatives and friends.
To order memorial trees or send flowers to the family in memory of Ross Dwain Marlar, please visit our flower store.