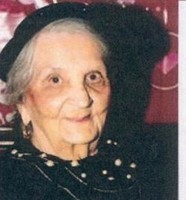 Graveside service will be held at Wilson Chapel Cemetery on January 3, 2016, at 2:00 p.m. Reverend Todd Peavy will officiate.

To order memorial trees or send flowers to the family in memory of Dorothy O'Banion, please visit our flower store.