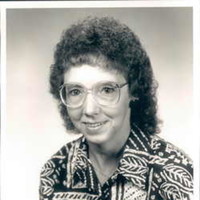 Judith Jeanette Curtis was born in Talcott, West Virginia on October 13, 1945 to Jesse Jack Raines and Vivian Evelyn Williams. Judith passed away in a Dallas, Texas hospital on December 20, 2015. Judith was raised in Talcott, West Virginia and graduated from Talcott High School. She later moved to Dallas, Texas in 1967 and then lived a couple of years in Crandall, Texas before moving to Scurry, Texas in 2004. Judith worked for Deluxe Corporation for thirty-four years before she retired. Judith attended Grays Prairie Missionary Baptist Church in Grays Prairie. Judith loved camping, traveling and getting together with her family. She married Homer Eugene Curtis in Kemp, Texas on December 17, 2004 and he preceded her in death on June 21, 2013. Judith is survived by her daughters: Sherri Fleming of Forney and Becky Key of Louisville, Kentucky, son: Ronnie Curtis and wife Lisa, grandchildren: Loren Fleming, Hunter Fleming, Ronny Kemp and Bret Curtis, great-grandchild: Bradley Kemp and many other relatives and friends.

To order memorial trees or send flowers to the family in memory of Judith Jeanette Curtis, please visit our flower store.