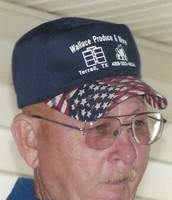 Herbert Lane Harmon Sr. was born on November 10, 1944 in Kaufman, Texas to Marvin and Iva Lee Bulloch Harmon. Herbert passed away on March 16, 2016 in Dallas, Texas hospital. Herbert was born and raised in Kaufman. Although he did spend a brief time in Terrell. He married Mary Sue Honeycutt in Terrell Texas on September 2, 1966. Herbert was employed for 8 years at El Dorado Chemicals in Terrell. His hobbies were primarily the tractor and the Grandkids. He was preceded in death by his father and a sister Barbara Roland. Herbert is survived by his wife Mary Sue Harmon of Kaufman, Son: Herbert Harmon, Jr. of Kaufman, Daughter: Wynette Blackburn and husband Michael of Kaufman, Mother:  Iva Lee Harmon of Kaufman, Sister: Deloris Allen of Kaufman, Grandchildren: Cody Blackburn and Monte Blackburn and many other relatives and friends.

To order memorial trees or send flowers to the family in memory of Herbert Lane Harmon, please visit our flower store.