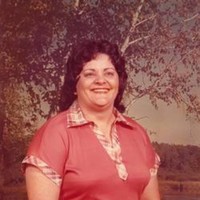 Priscella Gean Eastep was born in Orange, Texas on October 18, 1941 to Tresimond Granger and Druly Lee Taylor. Priscella passed away at Sunflower Park Care Center in Kaufman, Texas on April 8, 2016. Priscella was raised in Orange, Texas and moved to Crandall, Texas in the early 1960’s. She worked for the Dairy Queen in Crandall for twenty-five years and was known by many as the “Dairy Queen Lady”. She loved to play bingo and poker. She married Alton Neil Eastep in Orange, Texas on August 18, 1961. Alton preceded Priscella in death and she is survived by her sons: Curtis Neil Eastep Sr. and his wife Pamela of Crandall and Darry Lee Eastep of Irving, daughters: Sarah West and her husband Richard of Combine and Paulette Gray and her husband Kenneth of Chickasha, Oklahoma, brother: Charles Richard Granger and his wife Gloria(Sissy) of Orangefield, Texas, sisters: Janie Gordy of Orange, Bobby Areno and her husband Johnny of Sulfer, Louisiana and Marcella (BB) Nelson and her husband Joe of Tescott, Kansas, twelve grandchildren and ten great grandchildren and many other relatives and friends.

To order memorial trees or send flowers to the family in memory of Priscella Gean Eastep, please visit our flower store.