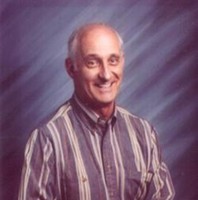 Jack Dennis Seifert was born on August 21, 1942 to Oliver Vincent and Martha Jean Seifert in Massillon, Ohio. Jack passed away at his home in Kaufman on April 19, 2016. Jack was born and raised in Massillon, Ohio before entering the United States Air Force in 1960. He proudly served his country in the Vietnam War. Jack was a draftsman for the Department of Defense where he later retired after 18 years of service. He then made the move to the Warsaw community in 2013. Jack is survived by his son Dennis Seifert and wife Helen of Kaufman, Daughters: Natalie Kirkham and husband Wayne of Biloxi, Mississippi, and Jackie Watson and husband Monroe of Crestview, Florida, Brothers: Jim Seifert of Roundrock, Texas, and Jeff Seifert of Strausburg, Ohio, Sister; Joann Parry of Massillon, Ohio, Grandchildren: Kim, Daren, Grace, Eddie, Isaac, Courtney, Mary, Jeffrey, Great-Grandson: Miguel. In lieu of flowers the family has requested that donations be made to the charity of your choice.

To order memorial trees or send flowers to the family in memory of Jack Dennis Seifert, please visit our flower store.