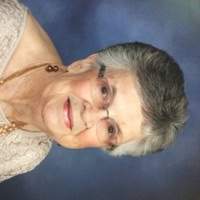 Mildred Lucille Clinton, age 88 of Kaufman, passed away on Friday, July 1, 2016. She was born to the late Riley Era Young Sr. and Eudora Young on February 3, 1928 in Garvin, Oklahoma.

Mildred is preceded in death by her husband, John Morgan and her husband Kenneth Clinton, her son John Richard Morgan, and her sister Sue Green.

To order memorial trees or send flowers to the family in memory of Mildred Lucille Clinton, please visit our flower store.