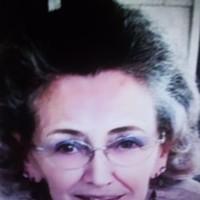 Margaret W. Warrick passed away in a Carrollton hospital on July 13, 2016. She was 73. Margaret was born in Crandall, Texas on September 24, 1942 to William (Bill) and Nell Terrell. With the exception of a few years in the late 50’s and 60’s. Margaret was a lifelong resident of Crandall. Margaret is survived by Son: Kendill Bennett of Lubbock Daughters: Traci Ford of Seagoville and DeJona Ray of Garland, Brothers: David Terrell of Crandall, Richard Terrell of Crandall, Sisters: Betty Evans of Kaufman, Judy Crawley of Red Oak, Granddaughters: Shawna Bennett of Lubbock and Jennifer Ford of Garland, Grandsons: Christopher Lee of Lubbock, Jerry Ford of Dallas, and Jordan Ray of Garland, and a host of nieces, nephews and other relatives. She is preceded in death by Husband: Ken Warrick, Son: Charles Rudolph, Parents: Bill and Nell Terrell, Brothers: Troy, Vernon, and Jerry Terrell, Sister: Pat Hitt.

To order memorial trees or send flowers to the family in memory of Margaret W. Warrick, please visit our flower store.