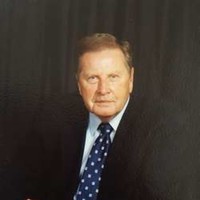 Ron Huffstutler, 80, of Kaufman, Texas passed away November 20th, 2016 with his family by his side. He was born to the late Eugene and Ellie Carver February 10th, 1936 in McAlester, Oklahoma. Ron graduated from Amarillo High School in 1954.  He received his Associate of Arts Degree from Amarillo College in 1956.  He completed his Bachelor's Degree in Mathematics in 1960.  His Master's Degree in mathematics was completed at Colorado State University in 1961.  Ron's Ph.D. in Mathematics and Statistics was conferred in 1967 at Colorado State University. Ron was married to Jan Huffstutler for thirty-four years at the time of his death. They lived in

Kaufman, Texas.  Ron was a preacher during his early life then later a member and deacon of the Church of Christ.  He served as a Professor of Mathematics and Assistant Vice President at West Texas State University in Canyon, Texas until 1986. Ron relocated to Commerce, Texas in 1986.  He worked as Dean, Assistant to the President, Associate Vice President, and Interim Vice President until his retirement in 2003 at Texas A & M Commerce.  After retirement, he worked as a consultant for Presbyterian Hospital in Greenville.  Ron was a gifted teacher, mentor, and advisor to his students throughout his career.    He developed lifelong friendships with many of them.  Ron's colleagues remained close after his retirement and he enjoyed spending time with them.  He researched and published numerous articles for national mathematics journals.   Ron had a beautiful oratorical voice that was very moving, whether he was teaching church classes or preaching.  He had a magnificent singing voice that he developed during his youth and college years.  His favorite songs were gospels and church hymns.  As a young man, Ron was a gifted athlete, and exceptionally talented artist drawing portraits of people and wildlife.  In his retirement, one of his favorite pastimes was wood carving which he undertook with the same enthusiasm of anything he pursued.  He donated many of his Christmas Santa Claus carvings to charitable organizations for fund raisers.  He gave many of his favorite works to family and friends.  His favorite pastimes were fishing in the mountain streams of New Mexico and Colorado with family, which he was able to do until his later years and watching professional football.  There was no bigger Dallas Cowboys fan. Ron is survived by his wife Jan Huffstutler of Kaufman, his sons Steven Huffstutler of Southlake and Gayle Weaver and wife, Yolie, of Plano, his daughter Jan Weaver of Springtown.  He is also survived by Kay Huffstutler of North Richland Hills, his brother Jim Carver of Amarillo, his sister Betty Sharp of Waxahachie, and his grandson Austin Huffstutler of Roswell.  Ron's favorite pet Addie Catty already misses him greatly.  Ron was preceded in death by his parents Eugene Huffstutler, and Ellie and Riley Carver of Amarillo.  He was preceded by his sister Shirley Lowery of Tucumcari and numerous cousins, aunts and uncles.  He was also preceded by his sons Steven Eugene Huffstutler of Amarillo, and David Huffstutler of Amarillo.

To order memorial trees or send flowers to the family in memory of Ronald Gene Huffstutler, please visit our flower store.