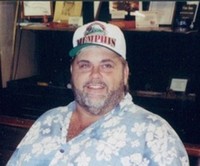 Timothy Lee “Brody” Templeton, 53, of Scurry, TX passed away on January 10, 2017. He was born to Robert and Jeanette Templeton on February 9, 1963 in Kaufman, TX. Brody, as he was called by his wife Melissa, was a hard working man who owned his own business for 22 years named Overall Painting. He married Melissa Scott on June 10, 1989 in Balch Springs, TX and they spent a wonderful 27 years together. He took pride in his work ever since he was 12 years old when he first started taping, bedding and painting. Brody would spend his time gardening and fishing. He was a beloved Husband, Father, Grandfather and brother. Those who preceded him in death are his parents and Brother Jerry Templeton. Those left to cherish his memory are his wife Melissa; children Darla LeeAnn Templeton, Jacklynn Gail Templeton and Robert Timothy Templeton; grandchild Jackson Grady, Brother Danny Ray Templeton, sisters: Janie Allen, Sandra Roach, Nona Curtis, Robbie Holt, Marsha Pope and Becky Jankovec and numerous nieces, nephews and extended family and friends who will miss him dearly.
To order memorial trees or send flowers to the family in memory of Timothy Lee Templeton, please visit our flower store.