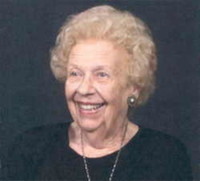 Pauline Taylor Bond Baxter was born on January 13, 1922 and passed away on February 24, 2017, at the age of 95. She was born in a house on Houston Street, across from the First United Methodist Church of Kaufman, Texas, where she was a lifelong member.  Her parents were Paul and Essie Bond. She was their only surviving child; they gave birth to twin boys many years earlier but since neonatal care for twins had not yet been invented, the boys did not survive. Pauline was a gregarious child and never knew a stranger. She could talk to anyone and was devoted to her parents, other family members and  community.  Pauline attended Kaufman High School, graduating in 1939, and then went to Baylor University (like over 40 other Bond family members!), where she was an education major and graduated in 1943. World War II was raging and she was approached to teach the British pilots-in-training how to use the Link Trainer, a system used from the 1930s to the 1950s to teach pilots how to fly by instruments.  She always said she had trouble mastering the math she had to teach the pilots, but she did it, and several of her grateful  pupils who survived the war later told her it was that training that saved their lives on missions in bad weather. Throughout her life, Pauline maintained close ties with the British pilots and participated in the founding of the museum in honor of the school, the #1 British Flight Training School, in Terrell Texas. The museum is in process of restoring one of the planes that used the system, which was purchased in part with funds donated by Pauline’s late son, David Baxter, and is called the “Miss Pauline.”

After the war, Pauline met Turner Butler Baxter (1922-2009) of Dallas Texas, and they married on June 7, 1947, at the First UMC Kaufman. She was the third generation in her family to marry in that church, and in 2014, her grandson James Baxter, became the fourth.  After that time, Pauline became a homemaker, and she and Turner had 2 children, David Bond Baxter (1950-2015) and Paula Taylor Baxter Pace (1953-2007). Pauline and Turner lived in University Park while raising their children and then returned to Kaufman during retirement years. While in Dallas, she was active as a cub scout leader, scout mom and mother of an Eagle Scout and 2 Highlander Band musicians. She and Turner enjoyed membership in the Dallas Country Club and attended Highland Park United Methodist Church, as well as belonging to a dance club and several book and social clubs. On November 22, 1963, she and her husband Turner were present at the luncheon at which JFK was scheduled to speak, and they were awaiting his arrival when he was assassinated.

During her later years, Pauline took a great interest in the Kaufman Cemetery and was its president for decades. She established its perpetual care fund and the cemetery is now on solid financial ground.  She and her husband gave generously of their time to fund-raising efforts for the Kaufman Library. Pauline is survived by her daughter-in-law, Barbara Stark Baxter,  5 grandchildren and 3 great-grandchildren: Christopher Ryan Pace and wife Amy of Rockwall, Texas,  Amy Taylor Pace of Brooklyn, New York, Richard Turner and Tara Richardson Baxter and daughters Noelle Grace and Hannah Lynn of Birmingham Alabama, Sarah Grace Baxter of Dallas, Texas, and James Calvert and wife Samantha Cloud Baxter and son Keith David also of Dallas.

Visitation will be at Parker Ashworth Funeral Home on Friday evening March 10, 2017 from 6-8 PM and Saturday morning, March 11, 2017 from 930-1030 AM. Graveside service will be at the Kaufman Cemetery at 11 AM, followed by lunch at the First United Methodist Church Kaufman at 1230 PM. Memorial Service will be at the First UMC Kaufman at 2 PM.  In lieu of flowers, memorials to the #1 BFTS Museum in Terrell , Texas  or the Kaufman Library would be welcome.
To order memorial trees or send flowers to the family in memory of Pauline Taylor Baxter, please visit our flower store.