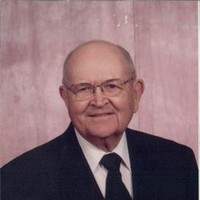 Wylie Roberts was born on November 2, 1926 at Mt. Vernon, Texas and passed away on March 27, 2017 at Kaufman Healthcare Center. His parents were Wylie and Lottie (Harper) Roberts. He was raised on a small farm and plowed only with horses. He and his dad got up at 4:30 AM to milk cows to sell milk. He graduated from Mt. Vernon High School in 1943. He was sixteen years old when he enrolled at Texas A&M working his way through with the aid of the World War II GI Bill. He was a proud and true Aggie receiving a bachelors and masters degree. Wylie served with the A&M Extension Service as a County Agricultural Agent in Tarrant, Hunt, Montague, and Kaufman Counties for thirty-three and a half years. He served as secretary of the State County Agents Association and received several awards including the National Distinguished Service Award. After his retirement he raised cattle and worked as a real estate broker. Wylie was a member of the Lion’s Club for many years serving as president and on various committees. In 1982 he received the Citizen of the Year Award from the Kaufman Chamber of Commerce. He was a member of the First Baptist Church serving as Sunday School Teacher and Superintendant and a Deacon for over fifty years. Wylie served in the Army Air Corps during World War II on the island of Guam and the Pacific theater of Operations. On September 19, 1948 he was married to Adeline Letz in Aspermont, Texas near her hometown of Old Glory. Her cousin had been his roommate at A&M. They were married for 68 years and were the parents of two daughters, Suzanne and Sherilyn. Wylie and Adeline enjoyed traveling and have been to all 50 states, Europe, Great Britain, the Orient and Jamaica. Wylie is survived by his wife Adeline, his daughter Sherilyn Hatchel and husband Marshall, and his son-in-law Jerry Brown. Also surviving are four grandchildren: Leslie Hodgson, Jeffrey Hatchel, Brandon Hatchel and wife Angela, and Matthew Brown and wife Kim; seven great-grandchildren: Bonnie Mott, Katherine Hodgson, Taylor, Kaylie and Jacob Hatchel, and Emma and Everly Brown; three great-great grandchildren: Rayden Mott, Charlee Grace Dorough, and Ryder Whittiker. His foster sister, Dorothy Jean Harper of Mt. Pleasant. Preceding Wylie in death were his daughter, Suzanne in 2014, his parents, sisters: Mary Jo Hite and Christine Marie Roberts and foster sister Martha Lou Underwood.

To order memorial trees or send flowers to the family in memory of Wylie Roberts, please visit our flower store.