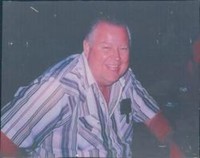 Charles Ray Lane of Kaufman, Texas passed away at his home on April 21, 2017 with his family by his side. Charles was born in Dallas, Texas on May 29, 1948 to Clarence Houston Lane and Lilly Maxine Cavinor. Charles was raised in the Oak Cliff projects and later moved to Balch Springs in 1970. Charles moved to Crandall and then to Kaufman in 2009. He was an independent truck driver for nearly 50 years. Charles married Brenda Layton on June 4, 1969 in Dallas. Charles hobbies were trucks, playing the guitar and singing. Charles is survived by his wife: Brenda Lane of Kaufman, son: Kenneth Ray Lane and his wife Savana of Heartland, daughter: Michelle Re'Nee Starnes and her husband Dwayne of Heartland, grandchildren: Justin Lane, Presley Lane, Joey Starnes and Jessica Starnes, great grandson: Easton Ray Lane, brothers: Ira Lane of Balch Springs, Dean Lane of Dallas and Melvin Lane of Dallas, sisters: Patricia Pryor of Balch Springs, Shelia Reeves of Dallas and Delores Partney of Seagoville and many other relatives and friends.

To order memorial trees or send flowers to the family in memory of Charles Ray Lane, please visit our flower store.