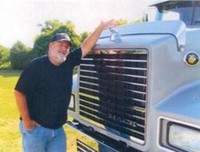 Glenn H. Griggs, 64, beloved Husband, Father, Brother, and Grandfather, was called to his eternal resting place on May 14, 2017. He entered this world on June 23, 1952 in Wichita Falls, TX, born to Uriel and Dorothy Griggs. Glen married Wanda Baker on September 8, 1972 in Dallas, Texas. Glenn was a loving husband and father. He was a proud member of the First Baptist Church of Crandall and also served as a deacon to his beloved Church. Glenn is survived by his wife Wanda Griggs of Crandall, TX, Sons: Kirk Hobson Griggs and his wife Kathyleen of Red Oak, TX, Bryan Odis Griggs and his wife Leah of Round Rock, TX, Daughter: Courtney Johnson and her fiancé  Jason Allen of Quinlan, Brothers: Lee and Keith Griggs, Grandchildren: Doralie Johnson, Gracie Johnson, Justin Griggs, Paul Griggs, Ruston Griggs.

To order memorial trees or send flowers to the family in memory of Glenn Hobson Griggs, please visit our flower store.