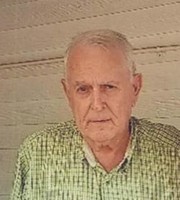 Ken Douglas Grimes, 78, passed away on May 17, 2017 in Kaufman, TX. He was born to Reece and Jewel Grimes on October 29, 1938 in Prairieville, TX. Ken married Billie Ann Grimes in Rockwall, TX. He was mostly known to family as "Pop". Ken was a member of the First Baptist Church of Kaufman and had lots of friends. He was a beloved Husband, Father, Grandfather and Brother. He was preceded in death by his wife Billie Ann, his parents, brother J.A. Grimes and sister Martha Roach. Those left to cherish his memory are his sons Rusty Grimes and wife Audrey of Kaufman, TX, Randy Grimes and wife Carla of Walton, TX, Sam Grimes of Kaufman, TX and Bobby Grimes of Kaufman, TX; brother Jerry Grimes and wife Karen of Mabank, TX; sisters Gena V. Brown of Dallas, TX and Reesie Drovet of Kaufman, TX; grandchildren Tanner, Casey, Chance, Jennifer, Raleigh, Shaunisty and Brody; numerous other family and friends or will miss him dearly.
To order memorial trees or send flowers to the family in memory of Ken Douglas Grimes, please visit our flower store.