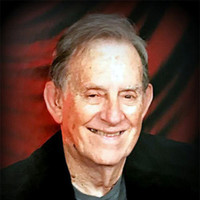 Jimmy Dale Medlin died Tuesday, June 27, 2017 at his home in Kaufman, Texas at the age of 84. He is survived by his wife of 62 years, Sherrill (Hamilton) Medlin, his daughters Shannon Randall and husband Steve Randall, Melinda Gibson and husband Barry Gibson, Kerrie Riggs and husband Tommy Riggs; grand children, Jamie Jenkins and husband Lyndon Jenkins, Anna Whitworth, Andrew Riggs, Luke Riggs, and Lydia Riggs, and great grandchildren, Aaron and Easton Jenkins. He was preceded in death by his grandsons, Aaron and Brandt Wilks.

Jimmy was born in Purdon, Texas on August 18, 1932 to Odis and Jesse Medlin. Early on he developed a passion for woodworking and grew to become an accomplished craftsman. He graduated from Texas Tech University with a degree in mechanical engineering.  Professionally, he worked as an engineer at Texas Instruments and then moved to Connecticut to help build the guidance system for Apollo 11 that would allow the first man to walk on the moon. He started his own construction business, and later opened a surveying business. He concluded his professional career as a forensic engineer for General Adjustment Bureau following a debilitating stroke at the age of 55.

In 1982 he restored an old home on historic Houston Street in Kaufman, Texas where he and Sherrill have lived the last 35 years.  He grew to love the Kaufman community while serving as a teacher and elder at the Kaufman Church of Christ. Jimmy was known around the neighborhood for sitting on his front porch, smiling and waving to those that passed by. Following his stroke and many subsequent illnesses he was admired for his sweet spirit and resilience to “push through” and “beat the odds” with a confident and positive attitude.  His love for people and love for living has been an inspiration to those who have known him and we are grateful for the influence of his life.

To order memorial trees or send flowers to the family in memory of Jimmy Dale Medlin, please visit our flower store.