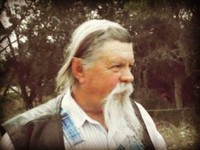 William Larry Neighbors, 63, of Scurry, TX passed away on July 14, 2017 at his home surrounded by family. Larry was born to William Lewis and Pelba Clyde Neighbors on August 20, 1953 in Dallas, TX. He was raised in Mabank and moved to Cottonwood in 1982. Larry married Karen Evon Kemery on February 12, 1982 in Scurry, TX. As a young man he became a mechanic then he opened his own sanitation service. When Larry sold the sanitation service he bacame an auctioneer and real estate agent. He would spend his time hunting and riding motorcycles. He was a beloved Son, Father, Grandfather and Brother. His Father preceded him in death. Those left to cherish his memory are: wife Karen, mother Pelba of Mabank, TX, sons: Jason Neighbors and wife Mackensi of Mabank, TX and Nathan Neighbors of Scurry, TX; daughter Ashley Neighbors of Kaufman, TX; grandchildren Kylie Neighbors, Kaylee Neighbors, Reveille Neighbors and Farin Saxen; sister Kim Flanery of Mabank, TX and numerous extended family and friends who will miss him dearly.
To order memorial trees or send flowers to the family in memory of William Larry Neighbors, please visit our flower store.