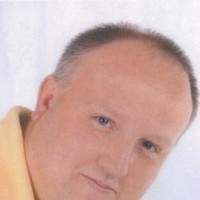 James Robert Smitherman was born on August 2, 1971 in Ennis, Texas to James Thomas and Alice Faye Almand Smitherman. James passed away in Kaufman, Texas on July 27, 2017. James was born in Ennis but was raised in Dallas and attended Mesquite Schools. He moved to Kaufman in the year 2000. James was a 20 year employee of AT&T in Dallas working as a technician. He was a faithful member of the First Baptist Church of Kaufman. James also found time to coach baseball in Crandall and helped with Scurry-Rosser Sports Assoc.James liked sports and coached basketball in the Upward Basketball Program at First Baptist Church of Kaufman. On June 20, 1992 James married Karen Suzette Edwards at the First Baptist Church in Mesquite. James is survived by his wife: Karen of Kaufman, son: Jacob Smitherman of Kaufman, daughters: Alicia Smitherman, Olivia Smitherman , Elizabeth Smitherman all of Kaufman, parents: Alice and James Smitherman of Payne Spings, brother: Jeffery Smitherman of Payne Springs, sister: Kristie Smitherman of Eustace, grandmother: Lillie Almand of Payne Springs and many other relatives and friends.
To order memorial trees or send flowers to the family in memory of James Robert Smitherman, please visit our flower store.