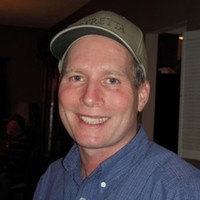 Roy Lee Duncan Jr. was born June 13, 1960 in Dallas, Texas to Roy Lee Duncan Sr. and Barbara Gail Warren and passed away in Mesquite, Texas on July 21, 2017.  Roy was raised in Seagoville and he attended Seagoville Schools.  He later moved to Mesquite, Texas where he lived the rest of his life.  He was a General Contractor for thirty years in the DFW area.  Roy enjoyed working around the house and yard.  He took great pride in everything he did.  Roy's father preceded him in death on May 14, 2007.  Roy is survived by his Wife:  Susie of Mesquite, Daughter:  Jennifer Duncan of Garland, Mother:  Barbara Gail Taylor and husband Mike of Sherman, Sisters:  Connie Webb of Kaufman and Kathy Neeley and husband Brian of Cole Camp, Missouri and many other relatives and friends.
To order memorial trees or send flowers to the family in memory of Roy Lee Duncan, please visit our flower store.