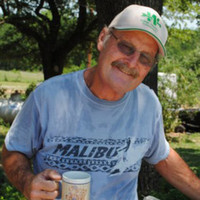 Robert Alan Lisenby, 68, of Trinidad, TX went to be with the Lord on October 22, 2017 at home surrounded by his family. Robert was born on November 4, 1948 in Los Angeles, CA to Raymond S. Lisenby and Eleanor Duncan Lisenby. Robert went to High School in California where he was very athletic and competed in rings and pommel horse on the gymnastics team. He was also an avid surfer and always found ways to make it to the beach. After his days in California he moved to Oklahoma where he would eventually meet the love of his life, Theresa Rowlan. Bob and Teri would get married on Beaver Mountain in Oklahoma near Lake Eufaula on January 21, 1982. The two would move back to California for a brief stay before finding their way to Mesquite, TX in 1982 and then to Gray's Prairie, TX in 1985. Robert worked as a Construction Superintendent where he picked up the nick name "Bullet Bob". Robert worked hard and enjoyed the tools of his trade at work and at home where he built the home their children would grow up in. He spent time playing volleyball when he could. Robert was the president of the Prospect Mountain Therapeutic Riding Center and attended Kaufman County Cowboy Church. He loved his family with his whole heart. Robert was a devoted Husband, Father, Friend and Christian. Those who preceded him in death are his parents and his daughter Codi Lisenby. Those left to cherish his memory are his wife of 35 years Teri, son Jeremy Lisenby and wife Jessica, daughter Heather Smith and husband Jason, grandchildren: Taylor Smith, Kylie Smith, Taylor Lisenby and Sara Lisenby; brother Stephen Lisenby and numerous extended family and friends who will miss him dearly. The family has scheduled his services on Thursday, October 26, starting with a visitation at 6pm and then a funeral service at 7pm at Parker-Ashworth Funeral Home.
To order memorial trees or send flowers to the family in memory of Robert Alan Lisenby, please visit our flower store.