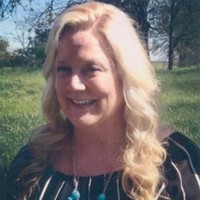 Dana Rae (O’Steen) Mayfield, 55, of Kaufman, TX passed away on November 30, 2017. She was born in Wichita Falls, TX on September 24, 1962 to Danny and Sue O’Steen. Dana was a member of the Kaufman Lion band, as well as a cheerleader and Lionette during her high school years. She married the love of her life, Stewart Mayfield on April 24, 1981. Their only child, Lyndsey was born on April 9, 1983. Stewart and Dana built their first home in the Lone Star community and concentrated on raising their daughter. Dana and Stewart moved into their current home on Rand Road in 2009 and worked to make it into their dream home. Dana worked for some time in the County Auditor’s office and continued her career as Deputy District Clerk in Kaufman County courthouse.

One of her greatest pleasures in life was cooking, where she seldom needed a cook book while she turned the act of preparing dishes into an art. In her free time, she enjoyed feeding wild birds on the back porch.  Neither passions could compare to her pride and love of her grandchildren Enzo and Rory Puga. She was eagerly anticipating the arrival of identical twin grandchildren expected in March.

The family will host visitation at Parker Ashworth Funeral Home in Kaufman, TX Saturday, December 2, 6-8 PM. Her service will be at First Community Church in Crandall, TX on Sunday, December 3, at 3 PM with Pastor Steve Small officiating.

To order memorial trees or send flowers to the family in memory of Dana Rae Mayfield, please visit our flower store.