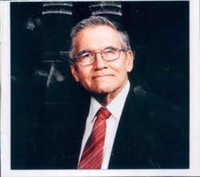 John Frank Weir went to his Heavenly home to be with his Lord and Saviour Jesus Christ on December 17, 2017 with his devoted family by his side. John was born on July 21, 1938 in Ira, Texas to J.E. Weir Jr. and Mary Frank White Weir. His siblings are a brother, Billy J. Weir and a sister, Mary Ann Roper. John spent most of his childhood years in Brady, Texas and graduated from Brady High School in 1957. He moved to O'Donnell, Texas after graduation where he met Sue Mahurin. They were married in Midland, Texas on June 2, 1961. John worked for T U electric from 1959 to 1992. He and his family lived in Midland, Texas for 11 years and then they moved to Odessa, Texas where he and his wife resided for almost 40 years. After his retirement from the electric company, he went to work for the Ector County Independent School District in Odessa, Texas as an Electrician from 1993 to 2013. John and Sue moved to Oak Grove, Texas in 2013 after his retirement from the school district. Both John and Sue are blessed to have precious neighbors on Palmer Lane in Oak Grove, Texas. They also praise and give thanks to their Lord for leading them to Calvary Baptist Church of Kaufman, Texas where they became part of the Church Family. They love and appreciate its Godly Praying and compassionate members. John Weir is survived be his beloved wife of over 56 years Sue Mahurin Weir, his four loving childen, Cindy Renea Weir Nutter and husband Jimmy of Odessa, Texas, Johnny Bryan Weir and wife Debra of North Richland Hills, Texas, Kimberly Allyson Weir New and husband Diron of Odessa, Texas, Brett Daren Weir and wife Jill of Austin, Texas. Also his precious Grandchildren, Krysten New, Hunter Weir, Courtney Weir, Bryttan New, William John Ervin, Amber Weir, Dogan Jett Ervin. John Weir was a man of strong Faith and he enjoyed reading and studying his Holy Bible. He was most humble and a man of integrity. John was a devoted husband, father and grampy. He loved spending time outdoors and traveling with his family. John was such an exceptionally skillful person. Over the years he mastered numerous tasks!. John Weir is preceded in death by his Father J.E. Weir Jr., Mother Mary Frank Slaughter, Step Dad J.H. Slaughter and Sister Mary Ann Roper.

To order memorial trees or send flowers to the family in memory of John Frank Weir, please visit our flower store.