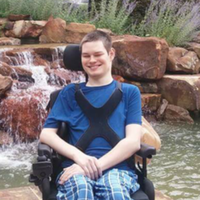 Randy Lee Powell, 23, of Princeton, TX passed away on December 18, 2017 in McKinney, TX.  Randy was born on June 26, 1994 in Wylie, TX to Louis Powell and Stacie Duckworth.  Randy lived around Kaufman all his life and graduated from Kaufman High.  He spent time playing video game, dragon Ball Z being his favorite, and watching movie and TV shows like Supernatural and Family Guy.  He was a beloved Son and Brother who will be missed.  His Brother Travis Powell, Brandon Simmons and Brandon Robertson passed away before him.  Those left to cherish his memory are his parents,  brothers: Colten Powell, Ransom Simmons and John Robertson; his Twin sister Rachael Powell and his grandparents Patsy and Jim Bowden and William and Dena Pate.
To order memorial trees or send flowers to the family in memory of Randy Lee Powell, please visit our flower store.