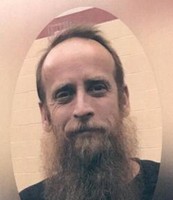 William George Cramsey, 49, of Forney, TX passed away at home on December 17, 2017.  William was born on November 30, 1968 to Leland Shearin and Brenda Holley in Irving, TX.  He was later adopted by Marylou Cramsey.  He was an auto mechanic and lived in Forney the last several years. His brother Randall Smith passed away before him. Those left to cherish his memory are his wife Tamara Harp; children: Bradley Cramsey, Isaiah Cramsey, Brittney Cramsey and Micah Cramsey; grandchildren: Micalynn, Dominic, Leland, Journii and Baylee; brothers Tony Shearin and wife Amanda, Derrell Troche and wife Joan, Robert Jobe and wife Kim adn Lee Kremplewski and wife Kelly Hamilton; sister Nicole Shearin and numerous nieces and nephew who will miss him dearly.
To order memorial trees or send flowers to the family in memory of William George Cramsey, please visit our flower store.