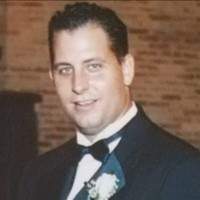 Corey Michael Baird was born in Amarillo, Texas on March 27, 1975 to Terry Lynn Baird and Alice Dale Brooks Baird.  Corey passed away at his home in Kaufman, Texas on December 28, 2017.  Corey was raised in Amarillo, Texas. In 1989, he moved to Garland, Texas and after graduation he went to The University of Texas at Dallas. Then in 2007 Corey moved to Kaufman.  Corey was in IT Sales and worked as a consultant for several  companies.   He loved reading, computers, politics and University of Texas football.  Corey was preceded in death by his father and he is survived by his mother:  Alice Baird and stepfather Robert Rader of Kaufman,  brothers:  Christopher Brett Baird of Addison, Texas and Jeffrey Nick Baird of Richardson, Texas and many other relatives and friends.

To order memorial trees or send flowers to the family in memory of Corey Michael Baird, please visit our flower store.