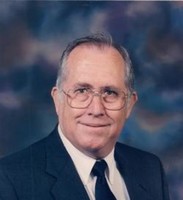 Donald Eugene Harvey was born on June 20, 1941 in Scurry, Texas to Willie Hubert Harvey and Mary Beatrice Kilman Harvey, both of whom predeceased him.  He passed from this life on January 25, 2018 in Plano, Texas.  He is survived by his wife of 51 years, Mary Nichols Harvey of Crandall and his daughter, Melissa Harvey of The Colony.  He is also survived by his brother Ray and Fayetta Harvey of Poetry, brother Paul Harvey of Dallas, sister Diana and Scott Wygren of Poetry, brother in law Larry Nichols of Crandall, brother in law Rodger Nichols of Seagoville, sister in law and brother in law Peggy and Sugar Mug Roberts of Combine, brother in law Ricky Newton and his wife Molly of Seagoville.  He is also survived by numerous nieces, nephews, cousins and his two aunts, Jo Sullivan of Kaufman and Laeuna Howell of Dallas.  He adored his great niece and nephew, Jamie and James Wilson and requested that they call him "Uncle PawPaw".

He was also preceded in death by a twin brother who died at birth, his brother in law W.D. Nichols, and his beloved sister in law, Donna Nichols Newton.

Other than a brief detour through Climax, Colorado, Don was a lifelong and beloved resident of Crandall.  He retired from the Garland Fire Department after 28 years of service. He loved his days as a fireman and liked to tell everyone that he was one of the first paramedics in the City of Garland. He also operated K & P Corner in Crandall in the early 1970's.  Don was the long-time president of the Crandall Cemetery Association and took great joy in overseeing its operation and maintenance.

Before his health began to fail, he was a regular fixture among the distinguished gentlemen of Crandall enjoying their morning coffee and discussing the topics of the day.  He will be missed by many.

To order memorial trees or send flowers to the family in memory of Donald Eugene Harvey, please visit our flower store.