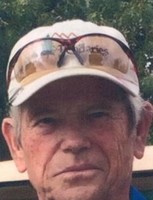 Thomas William Borders, Jr., 76, of Kaufman, TX passed away on March 11, 2018.  Tommy was born on July 23, 1941 to Thomas and Willie May Borders in Kaufman where he was raised and lived all his life.  He entered the U.S. Army after he graduated from Trinity University in 1963.  Tommy was the co-owner of Borders & Long Oil Company since 1965. He was a member of the First United Methodist Church of Kaufman and a member of the Kaufman Lions Club for 52 years. Tommy was also a founding member of Cedar Creek Club and past commissioner of Kaufman Economic Development Corp.  He loved spending time golfing, watching the Rangers and Stars, and deer hunting.  He most loved his time he spent with his family and friends.  He was preceded in death by his parents, his wife of 44 years Linda Louise Borders and a sister LindaBorders.  Those left to cherish his memory include: Son Thomas W. Borders III and wife Christine of Kaufman; daughters Marci Johnson and husband Randy of Kaufman and Jennifer Patterson of Kaufman; fiancé' Patty Francis Grandchildren: Andrew Johnson, Quattro Borders, Joshua Borders, Jake Johnson, Katie Borders, Hallie Patterson and William Patterson; sister Dorothy Long of Kaufman and numerous extended family and friends who will miss him dearly.
To order memorial trees or send flowers to the family in memory of Thomas William Borders, Jr., please visit our flower store.