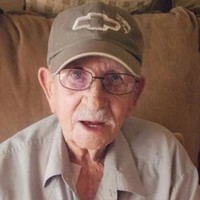 Robert Thomas Stinson, 81, of Kaufman, TX passed away on March 18, 2018. He was born on May 7, 1936 to Fred Thomas and Maudie Merl Stinson in Corsicana, TX. Robert at age 20 in December of 1956 joined the Army and served till December 1959. On March 18, 1960 he married Mary Mooneyham in Lancaster, TX and they had spent a wonderful 58 years together. They have lived in Kaufman for the past 34 years. Robert retired from the city of Dallas in 1998. He spent some of his free time Fishing and Hunting, but he loved the time he spent with his family especially his grandchildren. Those who preceded him in death are his parents and his siblings: James Stinson, Ronnie Stinson, Kenneth Stinson, Donald Ray Stinson, Freddy Stinson and Mary Ann Barber. Those left to cherish his memory include: wife Mary; children Tim Stinson and wife Charlene of Kaufman, TX, Darlene Morgan of Kaufman, TX and Daphne Miles & Robert of Mount Pleasant; sisters: Sue Gill, Earline Edwards and Gay Carpenter and husband Danny; 9 grandchildren, 8 great grandchildren and numerous nieces, nephews and other extended family and friends who will miss him dearly.
To order memorial trees or send flowers to the family in memory of Robert Thomas Stinson, please visit our flower store.