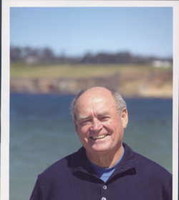 On March 24, 2018, Gerald 'Jerry' Rowden was called home and given peace to his soul.  Gerald was 81 years old.  He lived a wonderful and prosperous life, and was rewarded in life for his kindness and generosity to others.  He was generous with his spirit, his love, his time and fortunes and we were blessed to know him and share this life with him.

Jerry was a living and devoted husband and father.  He married his high school sweetheart LaJuanda Abbott in 1957,  In 1964 the were blessed with a son, Christian, whom they forgave many times over for his youthful transgressions, as loving parents do. He was later married to Marilyn Knisley Rowden.  After her death, Jerry lived and died with a broken heart.  He loved Marilyn dearly.

Jerry attended Forest Avenue High School in Dallas and graduated from the University of North Texas in 1962 with a degree in history.  He had a creative passion for photography, history and movies and could carry on hours of smart and witty conversations on each topic.

Jerry is survived by his son Christian Rowden, grandson Nicholas Rowden, 15, and Michael Rowden, 11, sister Susan Luneau, her husband Perry and their family, sister Nelma Miller, her husband Tommy and their family.  He is also survived by mother-in-law Jo Knisley and brother-in-law Jimmy Knisley and family and former wife LaJuanda Rowden.  he is preceded in death by his beloved wife Marilyn Rowden in 2015.  He is also preceded by his parents Lloyd and Theo Rowden and father-in-law Jim Knisley.

We will carry you with us always.
To order memorial trees or send flowers to the family in memory of Gerald Rowden, please visit our flower store.