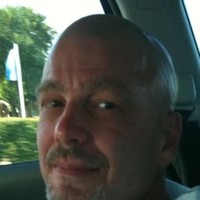 John David Granity, 51, of Kaufman, TX passed away on May 25, 2018. John was born on June 16, 1966 in Topeka, KS to John and Evelyn Granity who preceded him in death. He was raised in North Little Rock, AR and moved to Texas in 2007 and then to Kaufman in 2009. He was a self-employed painter and was a member of Victory Church in Scurry, TX. Those left to cherish his memory are his wife Chelsea Wray Granity of Kaufman, TX, son Jaxston Granity, daughter Mae Countryman, sister Monica Thomas and numerous extended family and friends who will miss him dearly.
To order memorial trees or send flowers to the family in memory of John David Granity, please visit our flower store.