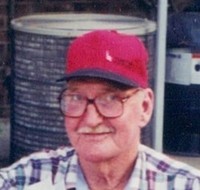 James Pitts passed away on June 3, 2018 surrounded by his family.  He was born on December 7, 1934 in Chico, Texas to Emma and Brown "Teddy" Pitts.  He had two older siblings JD and Susie.  He graduated from Chico High in 1953 and went to work for Tasty bread and then on to Coca-Cola and finally on to the U.S. Postal service.  He was at the USPS for 28 years when he retired in 1991. He then went to work for Anchorguard security.  He later worked for the Kaufman County Sheriffs department.  He finally officially retired from all work at the age of 79 years old.  He is preceded in death by his first wife Francis and his second wife Carol.  He is also preceded by his parents and both siblings.  He is survived by his daughter Laurie Mefford and his son Brian Pitts and step sons Jimmy Boling and Larry Boling.  He had a total of 17 grandchildren and 13 great grand children, and lots of friends and extended family.  He was a very loving husband, father, grandfather, great grandfather and friend.  He truly was a person that would give the shirt off his back to a friend or stranger.  He was one of the good ones.
To order memorial trees or send flowers to the family in memory of James Leroy Pitts, please visit our flower store.