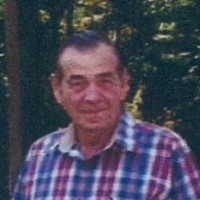 Lennie B. Roberts Jr. 82 of Combine, Texas passed away on May 29, 2018 in Dallas, Texas. Lennie was born on January 24, 1936 in Dallas, Texas to Lennie and Mildred Roberts. Lennie married Peggy Joyce Nichols on December 24, 1955 in Seagoville, Texas. Lennie was in sales most of his life and was well known for being great at it. He was an extraordinary man as described by his wife Peggy, he loved his family and especially his children, grandchildren and great-grandchildren. When he wasn’t out fishing or riding motorcycles he was always helping out others, he was a man that you could count on. Most of those close to Lennie knew him as “Sugar Mug”.  One of the things he loved the most was going to the lake and taking his dog Scottie on the boat. Lennie is survived by his loving wife Peggy, Sons: Kenneth and David Roberts, Daughter: Susan Wells, Brothers: Paschal Roberts and wife Betty, Aunt: Magard Lee Mathis, Grandchildren: Chris Wells and wife Jennifer, Kim Roberts and Jason Shouse, Johnny Roberts and wife Megan, Great-Grandchildren: Jacob Shouse, Cody Shouse, Addisyn Wells, Presley Roberts. Lennie was preceded in death by his parents Lennie B. Roberts Sr. and Mildred McCord Roberts, Brother: Jimmy Roberts.

To order memorial trees or send flowers to the family in memory of Lennie B. Roberts, Jr., please visit our flower store.