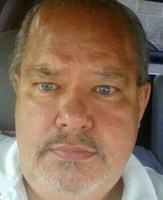 Gary Wayne Lewis, 66, of Kaufman Texas passed away in the early morning of Friday June 8, 2018. He was born to James Eugene Lewis and Ruth Marie (Stevens) Lewis on June 20, 1951 in Sunbury, Pennsylvania.

Gary was active in the Boy Scouts throughout his childhood, earning his Eagle Scout rank on March 4, 1966.  He attended Sunbury schools and graduated from Shikellamy High School in 1969.

He married Thelma Jean Mallow on August 6, 1970 in Greenville, Texas.

He followed in the footsteps of his father and grandfather in the Municipal water industry and worked at the Sunbury Water Co, which is now named after his father and is known as the "James Lewis Water Treatment Plant".

He retired in 2016 from the City of Dallas Water Utilities department after 33 years to pursue his lifelong dream of becoming a full-time professional grandfather and catch up on Judge Judy and Dr. Phil.

Gary loved spending time with family, friends, and all his puppies and grand-puppies, doing puzzles, fishing, hunting and anything related to the water.

He was preceded in death by his mother and father.

He was an extraordinarily loving son, brother, husband, uncle, father, grandfather, and great-grandfather.

In lieu of flowers, the family asks that monetary donations be made in his name to Victory Church in Kaufman, The American Heart Association, or the Down Syndrome Guild of Dallas.

To order memorial trees or send flowers to the family in memory of Gary Wayne Lewis, please visit our flower store.