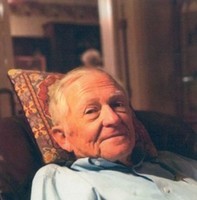 Paul David Murrey, 76, of Kaufman Texas went to his heavenly home on July 7, 2018.  Paul David was born to Eland Paul and Francis Addie Mae Murrey on April 2, 1942 in Dallas, Texas where they lived until moving to Wills Point and then to Kaufman. In 1952 his dad purchased the Ford dealership. Paul David graduated from Kaufman High School in 1960, and then attended Hardin Simmons University in Abilene, Texas where he was a proud member of the Circle K Club.  In 1963 he earned his bachelor’s degree in Business Administration, and returned to Kaufman to work at Paul Murrey Ford-Mercury with his dad.   Later his brother, Johnny, and his three sons, Chip, Britt and Matt, joined him in the car business.  He loved the car business, his customers and the town of Kaufman. Paul David, or PD as he was known to many, was a member of the First Baptist Church of Kaufman, served as Trustee on the KISD school board, Kaufman Chamber of Commerce and was recently recognized for his 50 year membership to the Lions Club International.  He was a Mason and a founding member of the Cedar Creek Country Club.  In addition he was a director for the Texas Automobile Dealers Association.  PD has traveled the world with Deanne, his wife of 47 years.  He loved to fish and watch the Texas Rangers but most of all he loved his family.  There wasn’t a ball game or activity that PawPaw wasn’t there cheering on his grandchildren. He is preceded in death by his parents.  Those left to cherish his memories include his wife, Deanne Cooley Murrey, his sons, Paul David (Chip) Murrey II and wife Cheryl of Kaufman, Britt Murrey and wife Jennifer of Kaufman, Matthew Murrey and wife Jennifer of Florida, brother, Johnny Murrey and wife Laura of Kaufman, Grandchildren  Tyler Murrey, Spencer Murrey, Morgan Murrey, Ashley Murrey, Blain (Pizzal) Murrey, Jessica Austin, Bree Huschke, Hailey Huschke, Hayden Huschke, two great-grandchildren Isaac and Andrew Murrey, nieces Amy Jordan and Elizabeth O’Donnell.  Donations can be made in honor of Mr. Murrey to the Scottish Rite Hospital for Children in Dallas at PO Box 199300 Dallas, TX 75219-9842 and can be contacted at 1-800-421-1121, Amercain Cancer Society which can be contacted at 1-800-227-2345, or the First Baptist Church Kaufman building fund at 2000 West Fair St. Kaufman, TX 75142.

To order memorial trees or send flowers to the family in memory of Paul David Murrey, please visit our flower store.