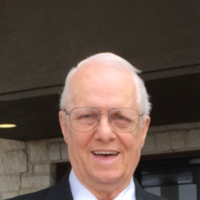 It is with great sadness that the family of Lt Col Ronald Daniel Kaufmann USAF, Retired announces his passing on August 2nd, 2018 at the age of 84.  He passed peacefully at his home in Kaufman, TX with his loving wife Penny at his side.   Ron is lovingly remembered by his sons Ronald Jr. (Christine) and Jeffery (Diane), grandchildren Kathryn, Emily and Kristyn, brother Henry Jr., sister Louise, and extended family including step-sons Jim Steen, Charlie Steen (Gina) and their children Layne, Alexandra, Dillon and Bailey.  He is preceded in death by his father Henry, mother Mildred and sister Betty.

Ron Kaufmann was born in New York City in 1933.  He first enlisted in the United States Navy as a corpsman in 1957 and subsequently transferred to the United States Air Force as an officer after completing nursing and anesthesia training.  Ron is a decorated Vietnam veteran, including award of the Bronze Star.  He retired honorably as a regular officer in 1979 with the rank of Lieutenant Cornel.

A Certified Registered Nurse Anesthetist, Ron spent his second career at various civilian hospitals, finally settling down in Kaufman, TX and retiring for the second time.  Throughout his military and civilian career, he was universally considered a consummate professional and dedicated medical specialist.   His life was spent in service of our country and to healing others, setting an example that his friends and professional associates could be proud of and look to for inspiration.

Ron’s life was most exemplary to his family.   Honor, duty, honesty, trustworthiness, professionalism and integrity were more than just concepts to Ron Kaufmann, they were how he conducted his life and the basis for a strong example he set for his sons to follow.   He was an outgoing, social and friendly man who enjoyed the company of others and would not hesitate to help a friend in need.  He will be sorely missed by countless others who had the opportunity to know him.

Ron was buried with full military honors at the Dallas Ft. Worth National Cemetery on August 9th, 2018.

To order memorial trees or send flowers to the family in memory of Ronald Daniel Kaufmann, please visit our flower store.