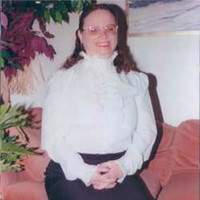 Tari Lynne Stokes, 63, of Kaufman, TX, passed away on August 23, 2018 in Kaufman. Tari was born on December 29, 1954 in Detroit, MI. She was an expert embroidery manufacturer and spent many years making things with her embroiderer machine. Tari was a member of the Southside Baptist Church of Kaufman, TX and took part in the Kiwanis Club Program for the kids and in the choir. On October 1, 2005 in Bedford, TX she married Newton Eugene Stokes. Tari was very grateful and helpful. She was a beloved Wife, Mother, Grandmother. Her parents preceded her in death. Those left to cherish her memory are: Sons Vearl Moyer and Alan Moyer; daughter Rebecca Moyer; one grandchild and extended family and friends who will miss her dearly.
To order memorial trees or send flowers to the family in memory of Tari Lynne Stokes, please visit our flower store.