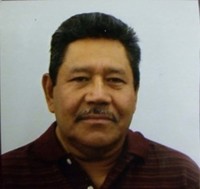 When you are born, you cry, and the world rejoices.

Thursday, September 20, 2018, Juan Ramirez departed for his next adventure at the age of 66. Although his death was unexpected, he lived fully and was able to see his 6 children build homes with 27 grandchildren and 5 great grandchildren. He was many things but above all, he was a teacher to those around him. His honesty and strong character will be remembered by all of those who had the pleasure to meet him.

He was born in San Felipe, Gto. Mexico on June 1, 1952. He first worked in the family business as a pastry baker and became a master at his trade. A man with such talent could not stop there, he picked up a guitar and taught himself to play and sing his favorite music. He was a romantic at heart, and all his music was a reflection of this. He went on to perform with  a musical trio for many years, wooing and breaking hearts along the way.

In 1977 he moved to the US and eventually became a proud US citizen. Here he worked, holding many leadership positions and building life long friendships. He taught himself carpentry among many other things that allowed him to build his own home. He believed that a good man, was a hardworking man. He worked past his retirement age not because he had to, but because work and his coworkers made him feel happy.

My grandfather was an amazing and talented man. His legacy will live on through his large family and all of our memories. His music, his laugh, and his unique way of expressing love will be missed by all of us. I hope that he is remembered as the happy man he was and that his life is celebrated with joy.

To order memorial trees or send flowers to the family in memory of Juan Ramirez, please visit our flower store.